Join us on 25th October for a mini masterclass session with several experts from the world of biosimilars who will provide insights and expertise to our members on what’s currently happening in the biosimilars industry and the pipeline of biosimilars.  We’ll also discuss the challenges and opportunities facing the industry and what’s expected to come over the next 12/24 months.

Bernard Duggan – who is one of the authors of the Biosimilars Roadmap – will be discussing this following it’s publication in early October.  Bernard and his co-author and colleague Karen Finnigan will be available at the event to consult with our members on the content.

With expert speakers* representing biosimilars, originators, clinicians and the payer, this event will be a must-attend to anyone interested in keeping themselves informed about the future of healthcare.

The agenda for the event can be downloaded here.

Paul Harmon, Senior Director, European Oncology Biologics Lead with Mylan
Paul is the Senior Director, European Oncology Biologics Lead with Mylan.   He has over 25 years experience across many therapy areas such as psychiatry, cardiology but with a predominant focus in Oncology.  He has worked in the Irish healthcare service and after moving into the Pharma sector, worked across Europe with Warner Lambert, Pfizer, Cephalon, Teva and now Mylan. He has been responsible for the launch and management of numerous medicines both nationally and internationally with experience in originator solid oral dose, biologics, generics and biosimilars.   Paul holds both a MBA and MSc in Leadership. 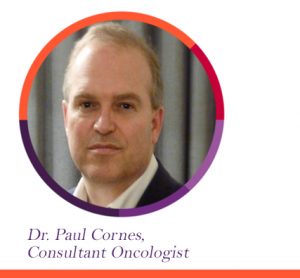 Dr Paul Cornes, Consultant Oncologist
Paul is an Oncologist based in Bristol, UK.  Paul was part of the team that developed and presented evidence for the first successful US biosimilar to the Oncology Advisory drugs Committee of the FDA.  He is part of the steering group for the European School of Oncology Working Party on the Access to Innovation in Cancer Treatment.

Dr Roisin Adams, Chief Pharmacist at the HSE
Roisin is the Chief Pharmacist with the HSE.  In early 2017, she was seconded as Chief Pharmacist to the National Drugs Management Programme (Acutes) to manage high cost Drugs in the acute division.   Prior to this, Roisin was the Deputy Head of the NCPE.  Roisin holds a Doctor of Philosophy (Phd), Pharmacoeconomics / Pharmaceutical economics and MSc (Pharmacy).

Virginia (Ginny) has worked in industry and academia throughout her career, combining interests in science policy research and innovation performance within and across organizations. She recently joined MSD to lead regulatory policy efforts for innovation that will lead to better treatment for patients in Europe, the Middle East, Africa and Asia.

Before joining MSD, Ginny was the senior spokesman for the industry in the UK for research, medical and innovation policy. She was responsible for ABPI’s work on BREXIT for the life sciences sector. Previously, Ginny worked for Amgen in global regulatory policy and for Pfizer working on policy development in science and innovation in healthcare.

Anthony is a Consultant Gastroenterologist based in Tallaght University Hospital, a role he’s held since 2016.  Prior to this he was a Consultant Gastroenterologist & Honorary Senior Lecturer in Leeds Teaching Hospital in the UK.  A frequent medical writer, Anthony has published more than 30 peer-reviewed journal articles.  He received the Brian Mayne medal for teaching from Trinity College Dublin in 2009 and 2010.

Bernard Duggan, Senior Pharmacist with Medicines Management Programme
Bernard is a Senior Pharmacist with the HSE Medicines Management Programme (MMP) since March 2018, having joined the MMP from the Irish Institute of Pharmacy. Previously, he had spent 12 years working in community pharmacy.  He was previously a member of the Department of Health’s Medication Safety Forum and the HSE Pharmacy in Primary Care Group. In his current role Bernard is working on a number of initiatives including biological medicines and biosimilars.

This event is proudly sponsored by:

* please note that speakers may change from those listed due to speakers becoming unavailable.