The HSE has been coming under continued strain throughout 2016 with regular stories of hospital overcrowding in the media and long waiting lists creating much public frustration. 2017 began with a record numbers of patients on trolleys in hospitals, long waiting lists continuing and a department struggling to deliver.   The HSE chief has been vocal in various media outlets regarding the need for significant investment from the government of €9billion over the coming decade, and a requirement to shift focus to primary care in the community – an assertion backed by the NAGP.

So what does all this mean for the pharmaceutical industry in Ireland? Where can our members find opportunities and scope to develop in this situation? How can our members align themselves with the HSE’s plans for 2017?
With these questions in mind, we are delighted to announce that Mr. Tony O’Brien, Director General HSE will address these and several other issues as our key speaker at the February Breakfast.

This event is kindly sponsored by: 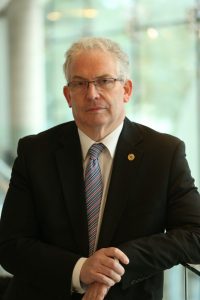 Tony O’Brien has been Director General of the Health Service since July 2013 having served as Director General Designate/Acting CEO from August 2012. He was previously Chief Operating Officer of the Special Delivery Unit, Department of Health and CEO of the National Treatment Purchase Fund (NTPF).

Tony is Chair of the Health Services Directorate (which has replaced the HSE Board in 2013), and he co-chairs the Emergency Department Task Force since September 2015.