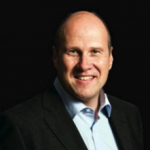 Alan became Munster’s most capped player with a total of 212 appearances.

On an international level, Alan earned 27 caps for Ireland & played in two World Cups, in 2003 and 2007. He was picked for the Lions Tour in 2009, but missed out through suspension.

In 2010, Alan released his autobiography Quinlan: Red Blooded, detailing his career and personal life in and outside the game.

Since retiring, Alan is a regular ambassador for Young Mental Health Ireland, helping raise awareness by sharing his previous experiences.

More recently, Alan has become a regular contributor on RTE’s Against the Head as well as co-commentating on Ireland 6 Nations matches for BBC Northern Ireland. Alan was selected by ITV as part of their Rugby World Cup Commentary Team.

He regularly commentates for Sky Sports. 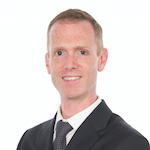 Qualified pharmacist, with experience in both hospital and community pharmacy.

Has operated his own pharmacy in Galway for the last fifteen years.

Holds a Diploma in Marketing, Advertising and Public Relations & a Certificate in Management from Henley Business School (UK).

Darragh previously served on both the Council of the PSI and the Board of the HIQA and has considerable experience of regulation, quality standards and professional development in pharmacy and healthcare both in Ireland and Europe.

He is also a former President of the Pharmaceutical Group of the European Union (PGEU).

In the last number of years, Darragh has spoken at numerous national and international conferences worldwide.

He advocates consistently for a greater recognition of the contribution that community pharmacists make to patient health and for an expansion of the role of pharmacists. 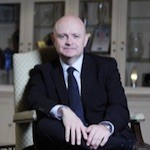 Following spells at Burton Group (Topman), River Island and a number of senior buying positions at Debenhams, ultimately as Trading Director responsible for menswear, womenswear and childrenswear, Paul moved to New Look where he was C.O.O. for Buying, Merchandising, Design and Store Development.

In January 2009, Paul joined Primark as Chief Operating Officer. In September of that year, Paul became Chief Executive of Primark.

Primark operates 299 stores in 10 countries trading from over 11.5m sq. ft. of retail space. In September 2015 Primark entered the U.S. market with the opening of Downtown Crossing in Boston and King of Prussia Mall in Philadelphia with a further 7 stores in the pipeline for the Northeastern corridor. It plans to open its first Italian store on the outskirts of Milan this Spring.

Special Adviser in the Govt. for Mary Harney for 10 years, in both Enterprise and Health.

IFSC expert on funds and bonds; and much earlier a

Diplomat in the Department of Foreign Affairs.

Contributed opinion articles to Irish and international media.  In health, he was instrumental in the establishment of the National Treatment Purchase Fund and Fair Deal Nursing Home Support Scheme.  Oliver is a believer in “Intrapreneurship” – breaking new ground and making permanent change for the better in any role or organisation.”

15.30 - 16.15 | Ms Lorraine Nolan, Chief Executive The Health Products Regulatory Authority - Update on the HPRA and key areas of focus for 2016 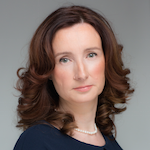 Lorraine is a Chemist having completed her Ph.D. and post-doctoral research at Trinity College Dublin in transdermal drug delivery.

Worked for a number of years in private industry in the area of enhancing and developing drug delivery systems, and also within the state forensic science services.

Ms Nolan joined the HPRA in 2001 and since that time has held a number of different roles at senior level across a range of areas including inspection and authorisation of human medicines, medical devices, cosmetics and controlled substances.

Prior to assuming the role of Chief Executive, she was Director of Human Products Authorisation & Registration.

Ms Nolan is a member of the Management Board of the European Medicines Agency.

20.30 Sharp | Gala Dinner (Black Tie), Ticket included in Business Day fee or additional Tickets can be purchased via the office on 01.2352310