On 20th July, 2016, IPHA and the Government concluded a four-year Framework Agreement on the Supply of Medicines to the public Health Services.   Under the Agreement, the pricing of medicines in Ireland was set to an average of 14 EU Member States each year along with significant price reductions on medicines.  Almost 12 months into this 4 year agreement, we discuss it’s impact and the future changes to the pharmaceutical industry.

Orlaith Brennan will give an overview of the impact from the Agreement to date, and the milestones reached.  She’ll also outline the next 12 months of the IPHA agreement.

Simon will give an overview of the Private Hospital Association’s plans for the next 12 months, development in the private hospital’s space and an update following the PHA’s annual conference on June 20th. 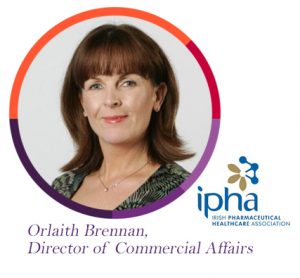 Orlaith joined IPHA in 2012 as their Director of Commercial Affairs.  Prior to this, she spent 10 years with United Drug plc, as General Manager of Hospital Services for the Republic of Ireland and previously as Special Projects Manager in the CEO’s office where she was involved
in developing and implementing strategic initiatives and projects.
Prior to joining United Drug, she worked in community pharmacy.  Orlaith holds a Degree in Pharmacy from Trinity College, and an MBA from UCD. 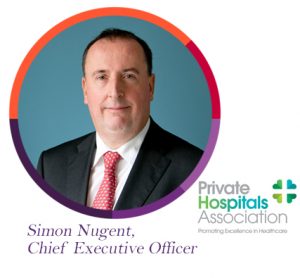 Simon Nugent is the CEO and spokesperson of the Private Hospitals Association
When he joined the PHA in the autumn of 2015 Simon already had an extensive career in public policy and in business representation.  He has worked in both Brussels and Dublin, A former CEO of the Chambers of Commerce of Ireland, he served from 2011 to 2014 as Special Advisor to the Minister for Communications, Energy and Natural Resources.  Simon holds a BA in Political Science from Trinity College.