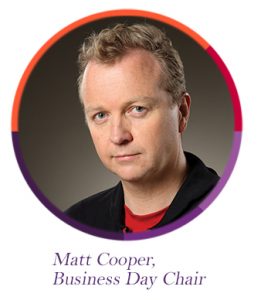 Matt Cooper is a well-known and respected broadcaster, author and journalist. He presents and edits a daily news, current affairs and sports programme “The Last Word” weekdays on Today FM.

He is the author of three critically acclaimed and commercially successful books. Matt hosted TV3’s Rugby World Cup coverage in 2007 and 2015 and will be hosting the station’s Six Nations Coverage from 2018 when it takes over as host broadcaster for the Irish market.  He was previously anchor for the six years that TV3 broadcast championship GAA games from 2008 to 2013. He is a former editor of The Sunday Tribune, having been appointed at the age of 30 in 1996 – making him the youngest editor of a national paper in Ireland. He left for a career in radio in 2003 but continues to write a leader page column for the Irish Daily Mail each Wednesday and also writes on business, economics and politics for The Sunday Business Post.  He was twice National Journalist of the Year and twice Business Journalist of the Year. 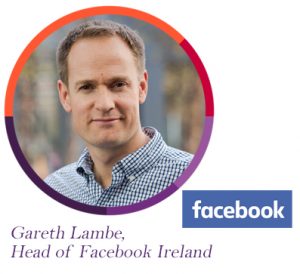 Gareth Lambe is the Head of Facebook Ireland – responsible for the health and success of Facebook’s International Headquarters in Dublin, employing over 1,500 people. Gareth started his career in brand marketing with Pernod Ricard, and was later part of the start-up team of Pigsback.com. In 2009 Gareth joined PayPal as Director of Merchant Operations EMEA. In his five years at Facebook Gareth has run the Advertising Operations function and latterly the Sales Planning and Operations team for EMEA and APAC.

Gareth is married with three young children and is a sports fanatic. 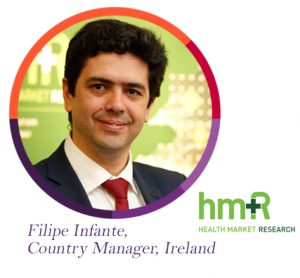 Filipe is the Country Manager of hmR Ireland and a member of the company’s Board of Directors since early 2016. He was involved in the launch of hmR in Spain as Deputy General Manager since 2013.  Having experienced all aspects of the pharmaceutical chain including industry, wholesale, pharmacy and data consultancy; Filipe has developed his 17-year career in the pharmaceutical sector.
Academically Filipe has attained an MBA in Management, a degree in Biotechnology Engineering and a Black Belt certificate in Lean-Six-Sigma. 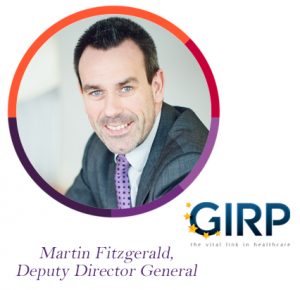 Martin is the Deputy Director General for the European Healthcare Distribution Association (GIRP).  Martin’s duties include day to day management, supporting the implementation of the strategic and policy decisions of the associations governing bodies, dealing with the association relations with its member organisations, authorities and other stakeholders.  With a legal background he also deals with the broad range of legislative and regulatory issues affecting the pharmaceutical full-line wholesalers as healthcare distributors in Europe. 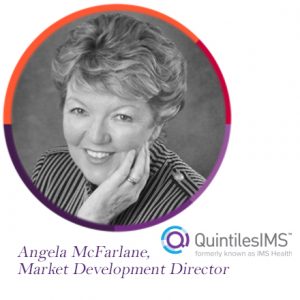 Angela works across the UK and Ireland healthcare/life sciences landscape prioritising environment and policy issues that will impact both client and healthcare systems to 2020. Her reach across the sectors means she is able to readily bring together senior stakeholders from industry, government, patient organisations and health services management to address those challenges collaboratively through the independent and evidence-based solutions from QuintilesIMS (QI).  In addition to her current role, in 2016, Angela was also appointed to the role of IMS Health UKI Marketing Director.

Angela has worked in life sciences for 34 years. In 1998, she was the founding director of one of HGS Europe, the UKs first market access agencies which IMS Health acquired in 2013 to enhance its local UK and Ireland PaMA capability. 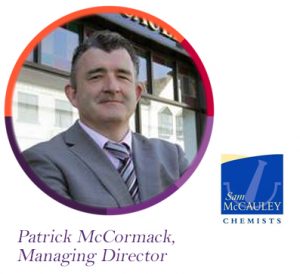 Patrick was born and educated in Wexford and qualified as a pharmacist in 1988 from Trinity College, Dublin. He is the third generation of his family to become a pharmacist.
Patrick has worked in USA , the UK and Iraq before joining Sam McCauley Pharmacy Group in 1991 as a pharmacist, becoming a shareholder in 1994.  He was appointed Joint CEO of the Sam McCauley Group in 2003 and Managing Director in 2007. Patrick holds a Diploma in Applied Finance from IMI and is a board member of Retail Excellence Ireland, the largest retail organisation in Ireland.
Under his stewardship, the Sam McCauley Chemist Group has grown from 2 stores with €3m turnover in 1994 to 30 stores and will annualise at over €80 million turnover this year.
Show more
Show less 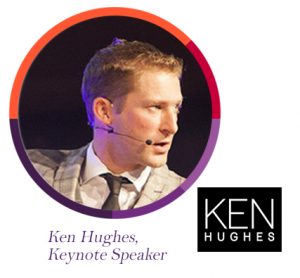 Ken Hughes is one of the world’s leading Consumer and Shopper Behaviouralists, he blends his vast expertise in consumer psychology, social anthropology, behavioural economics and neuromarketing to answer the question to which he has dedicated most of his career: Why do shoppers buy and how can we make them buy more?  Ken is acknowledged as one of the most respected thought leaders on Shopper Marketing and Shopper Centricity, Omnichannel & Digital Strategy alongside Retail Futurology. He is a part-time professor in consumer behaviour and a board member & strategic advisor to many organisations on the future of consumerism and shopper trends.
Show more
Show less 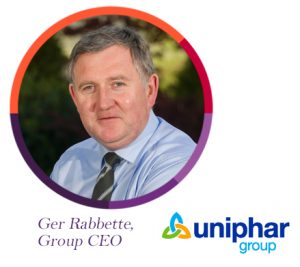 An accountant by training, Ger trained with E&Y before joining CMR PLC in 1990.  A former Managing Director of Movianto and Head of Celesio Solutions, he has worked in the pharmaceutical sector for over 25 years.  Ger was appointed CEO of Uniphar Group PLC in March 2010 and in the last 7 years has reshaped the group, doubling the size of the business and focusing on the expansion of the business into the UK. The Group has ambitious plans to rapidly grow its manufacturer services division and leverage our strong UK/Ireland market position to build a substantial EU business.
Show more
Show less 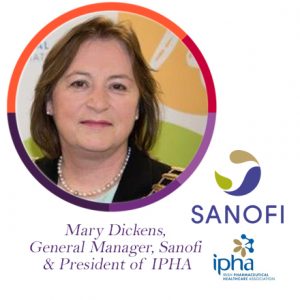 Mary Dickens is the Country Manager for Sanofi Ireland since November 2009 having held a variety of roles in a number of national and international companies.

In October 2016, she was elected as the President of IPHA (Irish Pharmaceutical Healthcare Association) having served as a board members since November 2012.  Mary joined the Sanofi Group in 1984 as a Medical Representative in the UK and held various positions including Regional Business Manager before returning to Ireland in 1999 to join Abbott Laboratories as Divisional Manager.  In 2002 she moved to Aventis Ireland as Business Unit Director Diabetes and Cardiology and then on to a Senior Global Marketing Director position for 4 years (in France), before being appointed Country Manager for Ireland in November 2009. 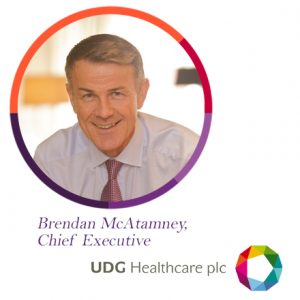 Brendan McAtamney is the Group Chief Executive Officer of UDG Healthcare plc and was appointed in February 2016. He was Group’s Chief Operating Officer since September 2013 until his appointment as Chief Executive. Before joining UDG Healthcare, Brendan held various senior management positions with Abbott, latterly as Vice President Commercial and Corporate Officer within the Established Pharmaceuticals division.
Show more
Show less 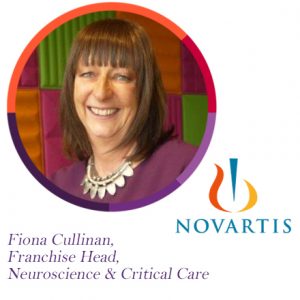 Fiona is Neuroscience Franchise Head at Novartis.  She has extensive experience in the pharmaceutical industry having managed and established business units across a wide range of therapeutic areas. She passionately believes that the pharma industry has a role and can positively contribute and participate in improving patient’s well-being and outcomes in the future in Ireland.